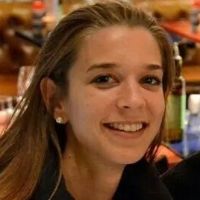 I am a civil and environmental engineer from Imperial College London with a year abroad at l’Ecole Nationale des Ponts et Chaussées, where I specialised in hydraulics and urban hydrology.

I am fluent in English, French and Spanish.

I have worked on hydraulics projects such as Sanitation Master Plans and sewer network diagnostics (structurally and hydraulically) taking into account the latest regulations, network modelling, studies dimensioning canalization and other installations such as pumping stations and rainwater retention structures.

At Arup, I am currently working on the detailed design of infrastructure projects and in particular water and watewater networks.

I'm currently developing an interest in the adaptation of infrastructures for better resilience, especially in facing climate change, and the circular economy of water.