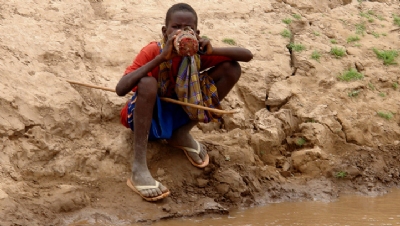 As UN delegates meet in Bonn this week to commence the COP23 climate conference, the World Water Council (WWC) has reported that financial investment into water infrastructure needs to triple to €255bn annually to combat climate change and meet sanitation targets.

According to the UN, around 80% of countries have insufficient funding to meet national requirements and targets for drinking water and sanitation. As the Bonn climate talks commence, the WWC has called on governments and investors to prioritise finance for new water infrastructure as well as operating and maintenance coverage.

According to the WWC, €100bn will be needed annually to create adequate new water infrastructure, while a further €155bn will be required to improve current equipment

“As part of the World Water Council, we seek to encourage continued dialogue between the water and climate communities as well as state and non-state actors for better water management and infrastructure financing within the uncertainty posed by climate change,” WWC’s vice president Dogan Altinbilek said.

Water risks fuelled by climate change cost the private sector $14bn (£11.3bn) in 2015, yet many companies are still failing to understand the nexus between water, energy and climate change.

According to the WWC, €100bn will be needed annually to create adequate new water infrastructure, while a further €155bn will be required to improve current equipment so that systems can adapt to changing climates and mitigate the threats of global warming.

Globally, it is estimated that the cost of water insecurity has reached $500bn annually, and despite most nations increasing budgets for water management the WWC claimed that many will fail to comply with goal Six of the Sustainable Development Goals (SDGs) - ensuring availability and sustainable management of water and sanitation for all.

The climate summit in Bonn has designated 10 November as Water Action Day and will explore the relationships between climate change, human wellbeing and water security. An update on the Blue Book on Water and Climate, which was produced by the Moroccan Government as an outcome to a Water and Climate conference held in July 2016 before COP22 in Marrakesh, will be released.

The African Development Bank’s expert on climate change and water David Hebart-Coleman added: “Initially climate change was just seen as something we had to deal with. Now it is increasingly seen as an opportunity to push water up the agenda because we believe that most water supply and sanitation actions are climate resilient.”

A recent report from CDP outlined the severity of water scarcity. The key figure from the report was the notion that 80 cities are seeking $9.5bn in investment to cover 89 water projects that are ‘urgently needed’ to combat water stress. Specifically, the report noted that if infrastructure issues aren’t addressed, an increase in population means that London could suffer from a daily water deficit of 520 million litres of water.

As well as investment into new infrastructure, a systems re-think could relieve some of the pressure. Multinational banking group ING claim that the adaptation of circular economy methods in water-stressed regions could save 412 billion cubic metres of water each year, the equivalent to 11% of annual global water demand.