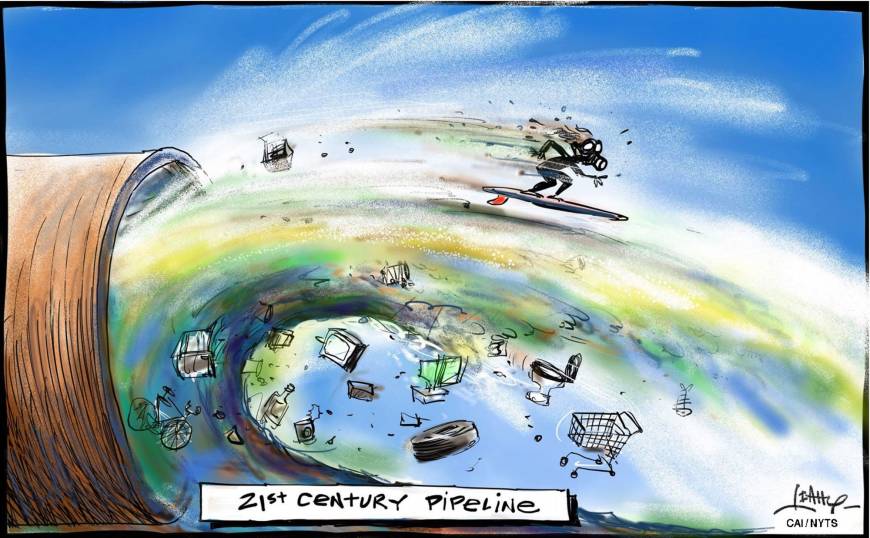 With climate change accelerating and its effects exacerbating other geopolitical and development crises, the role of environmental protection in preserving and improving human wellbeing has become starkly apparent. This recognition lies at the heart of the concept of “planetary health,” which focuses on the health of human civilization and the condition of the natural systems on which it depends.

The concept’s logic is simple: If we try to deliver better health to a growing population, without regard for the health and security of our natural resources, we will not just struggle to make new strides; we will reverse the progress already made. Where things get complicated is in applying the concept, particularly when addressing the nexus of water services, health and ecosystem integrity.

Since at least 1854, when John Snow discovered that cholera was spread through contaminated water supplies in central London, humans have understood that polluted water is bad for our health. The degradation of freshwater ecosystems often brings disease, just as the protection or strengthening of such ecosystems improves health outcomes.

But, while it is now well understood that progress in one area improves outcomes in another, such co-beneficial dynamics often are insufficient to spur investment in both areas.

For example, investing to protect a watershed can also protect biodiversity and improve water quality in associated rivers, thereby benefiting human health. But if the goal is explicitly to improve human health, it might be more cost-effective simply to invest in a water-treatment plant.

A well functioning water sector already attempts to balance complementary interventions. Indeed, such a system amounts to a multidisciplinary triumph of human ingenuity and cooperation — involving engineering, hydrology, governance and urban planning — with far-reaching complementary impacts on both human health and economic development.

In 1933, through the Tennessee Valley Authority Act, the United States established an agency whose purpose was to build hydroelectric dams on the Tennessee River. That effort benefited industry, agriculture, flood control and conservation throughout the Tennessee Valley watershed, until then one of the country’s most disadvantaged regions.

Since then, governments all around the world have recognized the potential of water infrastructure to complement other economic and social policies, including those intended to improve health outcomes. It is no coincidence that one of the World Bank’s largest lending portfolios — $35 billion worth of investments — comprises water projects.

But understanding the potential of complementarity is just the first step. To maximize results, we must design a coherent strategy that takes full advantage of the dynamic, at the lowest possible cost. The question is whether there is an optimal mix of environmental protection and direct health interventions on which policymakers can rely to maximize investment returns for both.

A recent analysis suggests that, in rural areas, a 30 percent increase in upstream tree cover produces a 4 percent reduction in the probability of diarrheal disease in children — a result comparable to investing in an improved sanitation facility. But, if that is true, we have yet to determine at what point reforestation becomes a better investment than improving sanitation, let alone increases the returns of other health interventions by the highest possible amount.

Another study found that an estimated 42 percent of the global malaria burden, including a half-million deaths annually, could be eliminated through policies focused on issues like land use, deforestation, water resource management and settlement siting. But the study didn’t cover the potential benefits of employing insecticide-treated nets as a tool for fighting malaria, ruling out a comparison of the two investments’ returns.

Worldwide, around 40 percent of cities’ source watersheds show high to moderate levels of degradation. Sediment from agricultural and other sources increases the cost of water treatment, while loss of natural vegetation and land degradation can change water-flow patterns. All of this can adversely affect supply, thereby increasing the need to store water in containers — such as drums, tanks and concrete jars — that serve as mosquito larval habitats. Can we show that ecological restoration of the watershed could do more than just insecticides or mosquito nets to support efforts to reduce malaria (and dengue) in cities?

In all of these cases, finding the best option requires knowing not just the relative contribution of different interventions, but understanding their complementarity. In a world of limited resources, policymakers must prioritize their investments, including by differentiating the necessary from the desirable. To that end, finding ways to identify and maximize complementarity is vital.

Some 2.1 billion people worldwide lack access to safe, readily available water at home, and more than twice as many — a whopping 4.5 billion — lack safely managed sanitation, severely undermining health outcomes and fueling river pollution. With a growing share of the world’s population — including many of the same people — feeling the effects of environmental degradation and climate change firsthand, finding solutions that simultaneously advance environmental protection, water provision and health could not be more important. Global health and conservation professionals must cooperate more closely to find those solutions — and convince policymakers to pursue them.