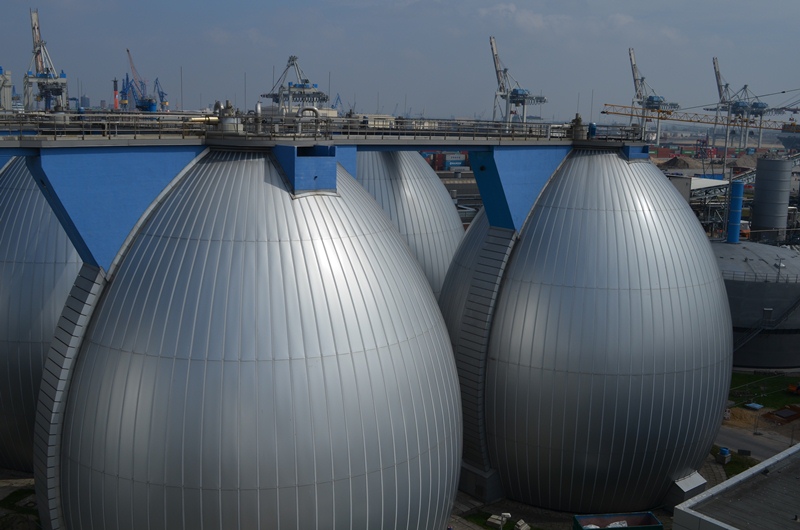 Around the world, leading wastewater treatment plants (WWTP) are becoming prosumers: both a producer and consumer of energy.

In regular WWTPs, aeration, pumping, and solids processing account for most of the electricity that is used. In fact, energy is the second-highest budget item for these utilities after labor costs.

Wastewater is a renewable resource

Wastewater is a renewable resource in its own right with thermal, chemical, and hydraulic energy embedded within it. It is estimated by the American Biogas Council that the wastewater sector consumes 22 terawatt hours of electrical energy per annum. At the same time, the sector has the potential to generate 851 trillion BTU of energy each year, enough energy to heat nearly all the households in California.

In the move towards becoming prosumers, leading WWTPs around the world are harnessing energy on-site to offset purchased electricity as well as generate excess energy to be sold to consumers. There are multiple benefits of WWTPs becoming prosumers including reducing carbon dioxide emissions, creating local, high-paying jobs in the wastewater sector, eliminating transmission losses, reducing the number of power plants needed, and ensuring a more resilient critical infrastructure.

Portland’s Columbia Boulevard WWTP Renewable Natural Gas Facility Project will convert biogas (which contains 60% methane) into renewable natural gas (RNG). The biogas (methane), which forms in the plant’s digesters, will be sent for processing onsite. The RNG produced will then be distributed through a NW Natural pipeline to a new on-site fueling station built for City vehicles. The project will cut greenhouse gas emissions by 21,000 tons a year, generate over $3 million in revenue per year for the City, and replace 1.34 million gallons of diesel fuel with RNG, enough to power 154 garbage trucks a year. Currently, the WWTP uses around half of the plant’s waste methane to heat and power the treatment plant while a quarter of the waste methane is flared. Overall, the project will move the plant to 100% methane recovery.

In Hamburg, Hamburg Wasser’s 10 digester towers, with a total volume of 80,000 cubic meters, contains sewage sludge that rots continuously at a constant temperature of around 36 degrees Celsius. Under anaerobic conditions, 95,000 cubic meters of digester gas is produced per day. This gas is either converted directly via a generator into electricity on site and used or is fed as biomethane into the urban gas network. Prosumer WWTPs not only produce energy for use onsite but also generate new revenue streams.

*Robert C. Brears is the author of  Urban Water Security  (Wiley),  The Green Economy and the Water-Energy-Food Nexus  (Palgrave Macmillan), and of the forthcoming  title  Blue and Green Cities  (Palgrave Macmillan). He is Founder of Mitidaption, which consults on climate change risks to business, governance, and society.