The Role of Public Private Partnership in Water Supply of Somalia 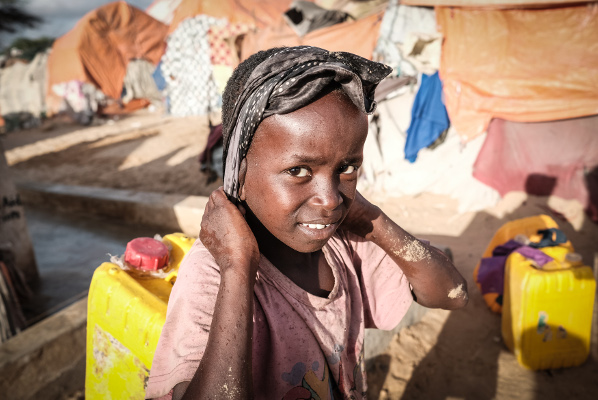 1991, civil war broke out in Somalia, after the people fought with a long serving regime in the country, due to the collapse of the central government, most of the infrastructures were damaged as a consequences, and water supply was not an exception.  This has led to poor water supply services, diseases and rural migration. The population of 2015 as compared to 1991 doubled from 7 to 14 million (UN, 2017), the effect of climate change and poor governance deteriorated the situation.

Slowly, the country is still recovering, by rebuilding, reviving its institutions and fighting with terrorist insurgencies, but though the institutions are yet to be fully operational in nationwide, the challenges like climate change are also worsening the situation, recurrence of droughts has been more frequent in the last ten to twenty year, while the famine killed thousands of livestock and displaced millions of people.  And, devastating floods are also occurring during the rainy seasons especially along and between the two main rivers of country in the south and central, which results destruction of farmlands, impact infrastructures such as roads and displaces thousands of people from their homes.

This has given a chance for the private investors to intervene; it was new chapter for the domestic private involvements in the water sector. Their major roles were to rebuild, operate and manage the water supply of the country, as an alternative for the government by filling the gaps and improving the situation.

In 2004 the PPP evolution began under concession agreements, in the cities like Jawhar, Bosaso, Borama, Garowe and Hargeisa (USAID, 2010).

As the adaptation of public private partnership (PPP) was infiltrating into a major cities in the country, the situation has been improving in parallel. UNICEF as major partner in the water supply of the country, funded a number of crucial projects in different cities, one of those was Gardho, urban city in the northern of country, where the livelihoods improved after the implementation, “before the implementation of this program the women should have to work a long distance to fetch water with possibilities of facing risks such as sexual harassments” Gardo’s mayor quoted, (Iman Marooka, 2011).

In terms of the sustainability, the PPP faces some challenges include, technical issues for managing the water supplies, poor knowledge towards the water resources and lack of support from the government. In Borama, Northwestern of country, the ground water is the main sources of the water supply, inexpertly, due to massive water consumption rate, the water table dropped down, to a level where water can’t be pumped out, while this seems, a problem which can be prevented through continuous monitoring unfortunately due to the poor knowledge of managing ground water, resulted the communities to struggle getting water for drinking for a while.

But What the PPP Has Achieved

Since, the collapse of central government, the public infrastructures suffered with a huge destruction, especially the water supply and sanitation sector due to poor maintenance. UNICEF with the help from European Union implemented PPP pilot projects in some reasonably selected areas.

The PPP has proved their  capability by bringing change in the situation of the ground, Gulled et al. (2006), presented the achievements of the private sector, which shows dramatic change in the price, the cost of one cubic meter, has fallen by 50% after implementation of PPP, up from $1 to $0.6 dollar per cubic meter of water.  Stakeholders including UNICEF admitted the progress, since it’s also improved the water supply coverage by reducing the cost, though still it’s not fair and affordable to the low income people.

According to Iman Marooko(2011), while reporting trend change in case of northern city (Gardho), by comparing the situation before and after the implementation of the PPP, the people in the city used to face water shortages and frequent water borne disease such as diarrhea, the local communities specially the women used to  walk more than kilometers to fetch water, fortunately, this has admirably changed, the situation got much better, the women walked less distance to fetch water or even had in their premises, the diseases dropped down and improved the lives of the city.

According to UNICEF, (2010) and (2015)  the population whom have access to improved water supply gradually increased from 21% to 29% in 2000-2006 and from 30 to 45% increase 2011-2015. UNICE established 44 domestic Public Private Partnership for replacing community managed water supply systems, which proved sustainable and efficient service delivery.

For the moment, there’s no worry in the local communities, face water shortage, while almost the water availability is constant for the day in and day out, especially in the urban areas.

The water quality and quantity are also reliable in most of the cities, which is also attracting the industries in the country, which is improving the economic conditions and reducing the unemployment rates in the country.

The challenges the Public Private Partnership

Around 60% of the population in Somalia are divided into pastoralists and rural communities dispersed in whole the country, hence the PPP are widely and majorly the are common in the urban areas, which led to continuous and seasonal migration of the rural communities due to water shortages and the private companies are profit oriented whom are much less willing to extend their services to the rural communities.

The water quality has been also criticized it some cities including Garowe, in the northern of Somalia, where the main source is groundwater, due to high chemical constituents, the water doesn’t have pleasant test, which causes the local people not to use the piped water for drinking.

For a households to request installing piped water, they must pay more than two hundred dollars for buying equipments and installing, which is not affordable for the poor people, while this results, the internally displaced people and the poor households to not have access to water supply services and instead they use for fetching jergans (plastic containers) water from contaminated far shallow wells.