The Future of Floating Cities and the Realities 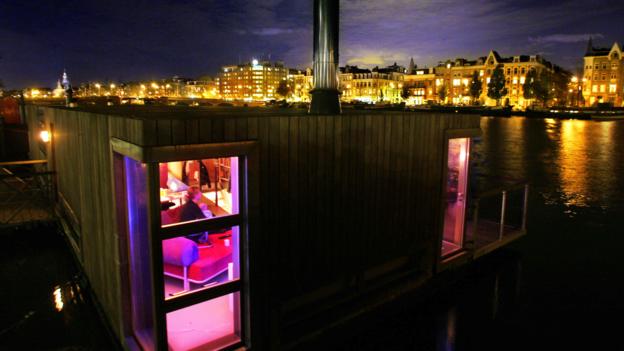 Every week, a whopping three million new people are moving to live in a city. That’s equivalent to the current population of San Diego or Kiev transplanting themselves into urban areas every seven days; it’s almost a new Moscow or Rio de Janeiro every month.

By 2030, 60% of the world’s population will be living in cities. This is going to put huge strain on the world’s existing metropolises. And they will have climate change to deal with too ­– about 90% of the world’s largest cities are situated on the waterfront and are vulnerable to rising sea levels.

To cope with these changes, some engineers, researchers and technologists say we should reconsider how we build cities; that perhaps it’s time to do something totally different. Instead of building on land, they say, let’s make them float on the ocean.

But is this idea actually feasible? What might these cities look like in reality, and how would they work?

As you can hear in the preview below, these were questions that we explored for a recent episode of the BBC Tomorrow’s World podcast. Along with my fellow presenter Britt Wray, we spoke to designers who are proposing floating cities that could change with the seasons, tech entrepreneurs looking to create settlements on the open ocean and marine engineers who are putting these ideas to the test. Here’s what we found out.

It’s worth remembering that cities have long been encroaching upon the sea as they have searched for space to house their growing populations. In Singapore, for example, 25% of the city is built on reclaimed land, while 20% of Tokyo is built on artificial islands built out into the sea. The authorities in Dubai have built entire luxury complexes on artificial islands while huge tracts of Holland have been reclaimed from the North Sea with an intricate system of levees and dykes that have been protecting urban areas from flooding for centuries.

But rather than trying to hold back the sea from the land, there are some who believe it is time to stop fighting the oceans and to work with them instead. These “aquapreneurs” say the solution to the housing shortages and social problems that exist in many of the world’s cramped, rapidly growing cities can be found by spreading out across the water.

“We have to start living with the water as a friend and not always as an enemy,” says Koen Olthuis, founder of the Dutch architect firm WaterStudio. They are designing and building floating platforms that can act as the foundations to support buildings. Initially they have focused on building single villas or offices, but Olthuis believes it may be possible to construct entire cities in this way.

“Imagine a city where you can plug and play floating houses and floating developments,” he explains. “You could adjust the city for the season… to let the developments breathe.”

The idea is to build large raft-like structures that can act as floating foundations for buildings, roads, utilities and parkland. While land-based cities are static and cannot be easily remodelled without demolishing buildings, floating cities could be repeatedly remoulded according to the seasons or population changes.

Olthuis points to the natural cooling effect of water as an example – by moving the floating foundations further apart during the hot summer months, a city could be opened up to create channels of water that will cool the air, while closing these gaps in the winter could help to keep the heat in. Or imagine if the city could be temporarily expanded to allow for sporadic population increases from tourism or refugees, shrinking back down again when they leave.

It is an exciting vision, and one that only works because the city is floating. But Olthuis and his colleagues are also adapting this technology to provide food, sanitation shelter and energy to slums in some of the poorest areas of the world. Many of the world’s slums sit beside large areas of water, making them vulnerable to flooding, but this also provides an opportunity.

WaterStudio has been working with UNESCO to build small floating schools for use in waterside slums. It is being partially funded by a project that has been using solar powered “boat schools” to deliver education to over 70,000 children in Bangladesh.

Olthuis and his team are fixing shipping containers onto floating foundations made from thousands of waste plastic bottles. The first five of these units – forming a classroom, a sanitation unit, a kitchen and a power unit connected to floating solar panels – is due to be delivered to Korail, a slum on the waterfront of Dhaka, in Bangladesh.

The beauty of this approach, according to Olthuis, is that should there be a change in regulations or an eviction from the slum, the school can be reused elsewhere.

“You can put them on a truck and move them to another city,” he says.

Olthuis’s vision of floating cities, however, is one of waterborne conurbations that are still connected to the land by a tether. There are some who dream of severing those ties altogether.

“We are convinced we can create better worlds on the ocean,” says Joe Quirk, an author and self-proclaimed “seavangelist”. He is also the spokesman for The Seasteading Institute, and hopes to create floating communities that can test innovative forms of governance.

The group, which was founded in 2008 by economist Patri Friedman and Silicon Valley investor Peter Thiel, says that by moving floating cities out into international waters they can create “start-up” nations with their own legal systems. By building these open ocean cities out of 50m-wide (164ft) blocks that can be connected together, it will allow citizens to join and leave at will.

“It is going to be very difficult for a tyrant to ascend this sort of natural hierarchy if your island can disassemble beneath you and people can leave if you are behaving badly,” Quirk told us on the podcast. He believes such waterborne societies will instead be shaped by market forces that will be free of the political ambitions and problems faced by traditional governments on land.

Exactly whether such a political utopia can be achieved remains to be seen – and also whether building societies free of all existing regulation will actually work in practice, given the unpredictability of human nature.

The Tomorrow's World podcast: your big questions about the future answered

It has also been tried before. In 1967, a pirate radio broadcaster called Roy Bates occupied a former anti-aircraft gun platform in the North Sea and declared it an independent nation called the Principality of Sealand. Although the platform still continues to be occupied, it is not officially recognised as a nation state. According to the United Nations, artificial islands, installations and structures do not possess the status of islands and so cannot have the rights afforded to them.

But there are others who see a far more fundamental barrier to establishing floating states or cities out on the open sea – the weather.

Any floating community will need to withstand the brutal conditions of the open seas, where waves can reach 20m (65ft) high and storms can rage for days.

“When you are out at sea on waves that high, you can do only one thing, go up and down with them,” says Philip Wilson, a professor of ship dynamics and engineering at the University of Southampton. He is sceptical that it would be possible to build a floating structure at sea that will not be subject to the harsh ocean environment.

“The weather systems at sea are big,” he told us on Tomorrow’s World. “There is a longer fetch for the wind to blow over and as a consequence, the waves are bigger there. If you built a floating city where you are making half the population sea sick, that is not going to be economically viable. People don’t like living like that.”

Quirk points to the giant luxury cruise ships that allow their passengers to enjoy a martini in the evening undisturbed by the pitch and roll of life on the ocean. Oil platforms also manage to remain stable in some fairly inhospitable environments. But even on these, faced with hurricane force winds, they can be pretty unpleasant places to be.

Instead, it seems the future of floating cities may lie somewhat closer to the land. The Seasteading Institute’s first project is to build a high-tech hub of floating islands in the protected waters of a Tahitian lagoon in French Polynesia by 2020. More than 1,000 people have already expressed interest in living there, but at $15 million per module – with perhaps 11 modules providing homes for 200-300 citizens – life there will not be cheap.

The real value of floating cities may lie in providing more space for the world’s overcrowded urban centres to expand into. It seems likely that some form of hybrid city will emerge where we combine the benefits of land-based and floating cities by expanding into nearby waters. As technology improves to help us weather the ups and downs of life on water, these may then start to extend further out into the sea.

Such solutions may be the only way human civilisation can cope with growing populations and changing climates in the future. What is clear to us is that hope definitely floats.