A new source of vast amounts of renewable energy – the evaporation of water – has been discovered by scientists.

Writing in the journal  Nature Communications , researchers at Columbia University estimated that lakes in the US could generate 325 gigawatts of power, equivalent to about 70 per cent of the country’s total electricity generation.

While they cautioned that the devices capable of turning water evaporation into electricity were still being developed, the scientists said their new analysis showed the enormous potential. 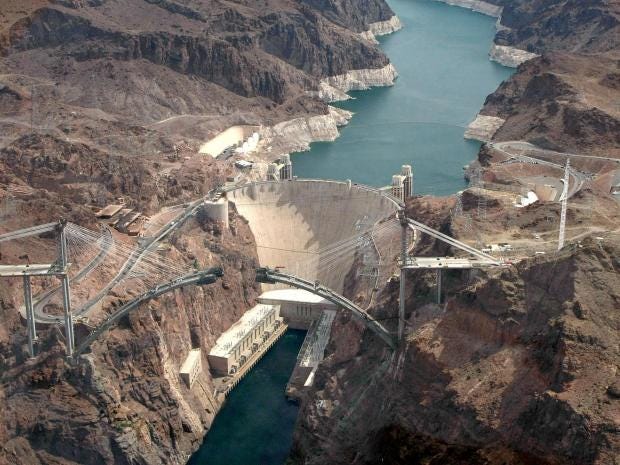 Lakes and reservoirs, like this one behind the hydroelectric Hoover Dam, could be used by 'evaporation engines' to make electricity Getty Images

Professor Ozgur Sahin, a biophysicist involved in the research, said: “We have the technology to harness energy from wind, water and the sun, but evaporation is just as powerful. We can now put a number on its potential.”

His laboratory has developed one kind of ‘evaporation engine’, which works by using the movement of bacteria in response to changes in humidity.

Shutters either opened or closed to control moisture levels, prompting bacterial spores to expand or contract. This motion is then transferred to a generator and turned into electicity.

“Although these evaporation energy harvesters are in the early stages of development, recent advances water-responsive materials and devices suggest several pathways toward achieving the predicted performance levels,” the  Nature Communications  paper said.

“With advances in energy conversion performance, these materials and devices could potentially contribute toward solving energy and water-related challenges.”

However, it was “important to note” that harnessing this source of energy could affect water quality, recreation on lakes and other “freshwater resources”, the scientists cautioned.

But they also said the machines might reduce the loss of water in areas prone to drought.

“These consequences would impose additional design and planning constraints on such systems that could reduce the area available for energy harvesting,” they said.

“However, the potential area available for open water energy harvesting is substantial – lakes and reservoirs cover at least 95,000 square kilometres (excluding the Great Lakes) of the contiguous United States – and are found across a geographically diverse range of locations.