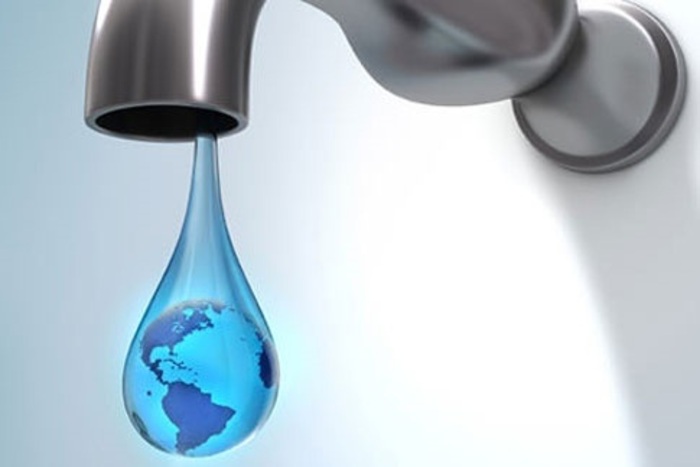 When talking waste water, what do the terms reduce and reuse mean in an Australian context, and how can we tap into disruptive new technology that’s reducing water use and allowing for greater reuse in Europe and the US?

Water seems easy to the average person – turn on a tap and it’s there. Whether we’re making a cuppa or having a shower, we’ve grown to expect it will just flow.

But water is far more widely used than most people realise, and ongoing water availability for industry, commerce and agriculture is an increasing issue – so much so that the World Economic Forum ranks it alongside climate change in terms of impact and adds that water availability is a more immediate concern. It’s consistently been in its top five global risks in terms of impact for the last six years.

In Australia, there’s huge demand for water efficiency, whether it’s to create environmental flows in the Murray Darling, to reduce cleaning costs in food manufacturing, to cut the cost of air conditioning and refrigeration, or to control the cost of building and construction.

A new generation of water efficiency solutions has been developing over the last decade, accelerated by supporting technologies like CAD and 3D printing.

These new solutions are about to revolutionise how water efficiency is delivered –  and on a similar scale to the change that silicon chips made to how computing power is delivered over the past 20 years.

Put a tornado in your water tank

The products they have brought to market are low maintenance, low energy solutions that increase water efficiency without huge overheads. Initially a production challenge, today their designs are made cost-effective by industrial 3D printing.

One such product is Watreco’s Vortex Process Technology (VPT). Developed in Sweden, the VPT has been recognised as a powerful platform technology for sustainability since The Blue Economy’s report to The Club of Rome in 2010. It’s a proven global technology with ISO 17025 certification, EPRI approval in the USA and EU accreditation for the Horizon 2020 Framework Program.

Vortex processing applies physics to deliver physical water treatment, changing the physical qualities of water to increase its efficiency and mixing capability. Vortex technology actually re-engineers the way water flows to improve its heat transfer capacity and reduce its viscosity without the use of chemicals or external power sources. The strong hydrodynamic force in the vortex generator creates cavitation, changing the lime crystal structure and eliminating air bubbles.

Soluble forms of calcium such as calcium bicarbonate (CaHCO3)2 put through this vortex are transformed into calcite and aragonite, which does not attach to pipes, nozzles or other surfaces and thus lime scale is eliminated.

One example of the vortex water efficiency solution lies in an aftermarket plug-and-play device that increases cooling tower water efficiency by 40 per cent and substantially reduces both chemical usage and the maintenance costs of scaling.

David Hodgins, executive director of the Los Angeles Better Building Campaign, a utility-funded initiative to promote water and energy conservation in the commercial sphere estimates that across Los Angeles County more than 2.5 billion gallons a year are wasted in cooling towers – enough to service 15,000 homes. This is in part because most cooling towers are decades old and so inefficient that they consume as much water in a day as all the bathrooms, drinking fountains and kitchens in the buildings they cool.

The Electric Power Research Institute (EPRI) estimates that 6,985 GWh or roughly 35 per cent out of the total 20,061 GWh used in California on cooling and refrigeration is for water-cooled equipment. It also estimates conservatively that 1.17 billion gallons of potable water is used per year in cooling towers for commercial buildings alone. It’s no wonder then that both EPRI and Southern California Edison (SCE), which provides 14 million people with electricity across a service territory of approximately 50,000 square miles and also operates a regulated gas and water utility, were first to jump onto this technology.  The first installation was the City of Hope Hospital in California.

In its first year, the California City of Hope Hospital installation reduced water usage by 42 per cent, chemical use by 33 per cent, and energy use by 3.8 per cent as well as lowering operational and environmental costs.  The introduction of nano-filtration is expected to see even high results this year.

The latest installation by EPRI at the Westin Mission Hills Resort, Rancho Mirage, California is on track to reduce energy use by 3.5 to four per cent (roughly 300,000 to 400,00 kWh annually), reduce water use by 30 per cent ( roughly 900,000 gallons annually), reduce chemical use by 90 per cent and improve COC from 2.3 to 10 COC.  All this with an expected ROI of less than three years.

Every cooling tower is different, and some are now 100 per cent chemical free. After deployment of Heineken’s VPT-CT for example, the evaporative condenser has been operating without chemicals. This installation has no lime scale, corrosion or microbiological activity and by recycling the tower water, it’s been possible to achieve 100 per cent water savings, so the dollar and environmental savings have been significant.

Other early adopters benefiting from these savings in Europe and the US include Huntsmann, Friesland Campina, Vriesoord, Firma, Vitelco, Flevo Farm Service, Van Soest and Barona Resort Hotel and Casino.

Limescale can also be eliminated from home, commercial and industrial facilities

The Ving Resort Alcudia in Spain, containing 109 apartments, one restaurant and a swimming pool, traditionally had to have plumbing replaced annually due to lime scale build up. Dishes, glasses and cutlery from the restaurant also had to be wiped by hand after they came out of the dishwasher to prevent them from the constant cloudy marks that lime scale caused. Installation of a Watreco IVG found that the system operated flawlessly. There were no complaints or service requirements. Previous scale issues did not occur, and hundreds of hours were saved every month.

Do you need increased water efficiency without big overheads?

If you’re looking for creative, innovative, cost-saving ways to deliver water efficiency, take a look beyond traditional engineering-based solutions such as filters and chemicals.

Take some time to explore what’s on offer from the new generation of biomimicry-based developments that have moved out of the laboratory into commercial reality in the past five years. Smart early adopters may discover hidden opportunities to win a serious first mover advantage.