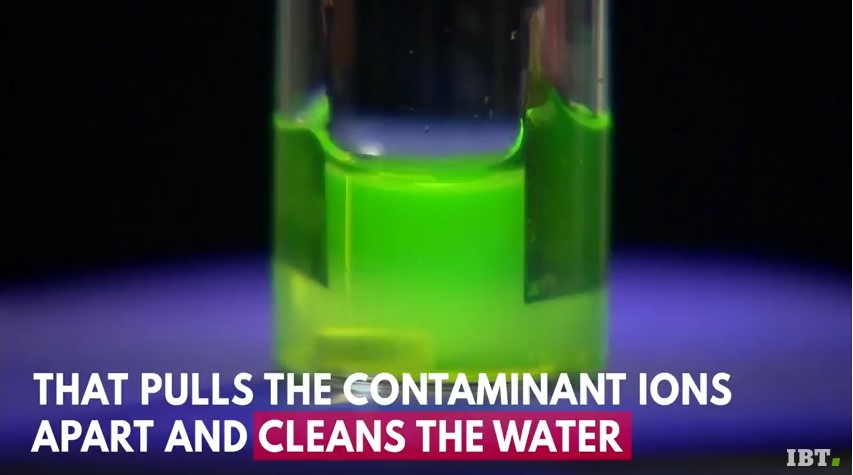 In order to survive and thrive, clean water is a basic necessity. Unfortunately, many people around the world don’t have access to this important aspect of survival. Decontaminating water has previously been a rather involved process, but researchers at the Massachusetts Institute of Technology (MIT) have recently developed a new way to clean water using electricity.

Many sources of water around the world are contaminated with various substances, and some of them are extremely toxic. This new method to clean water using electricity uses substantially less power than other comparable methods, making it a more realistic and cost-effective way to decontaminate water in the areas that need it most.

To clean water using electricity, a charge then passes through the electrodes and creates an electrical circuit. This newly charged water attracts the contaminant ions and purifies the water. In addition to the ability to be adjusted to target certain pollutants, the targeted mechanism allows the method to completely clean water using electricity – even with only trace amounts present – making the water completely potable.

The green liquid is colored by a pharmaceutical pollutant, and after placing the charged electrodes inside, Su is able to clean water using electricity. About 95 to 98% of the water was cleared during this short process. Leaving the electrodes running for longer would further clean the liquid, potentially making it safe enough to drink.

The implications of this research are immense, and the team of MIT researchers is already working diligently to apply the ability to clean water using electricity to a variety of real-world applications. Su is in contact with members of the agricultural industry, hoping to apply this new technology to clean up streams polluted by agricultural waste like fertilizers and pesticides. In the future, the team hopes to apply the technology on a larger scale to industrial waste water.

While there is a good amount of drinkable water worldwide, the fact remains that potable water is a limited resource. In order to sustain ourselves for years to come, technologies such as a way to clean water using electricity need to be implemented on a large scale to re-purpose wastewater into a useful source that can be used again and again.

Funding research into methods such as that developed by MIT has the potential to both preserve our environment as well as increase the quality of life for disadvantaged people around the world.