Machine that Extracts Water from Air Repurposed for Humanitarian Efforts 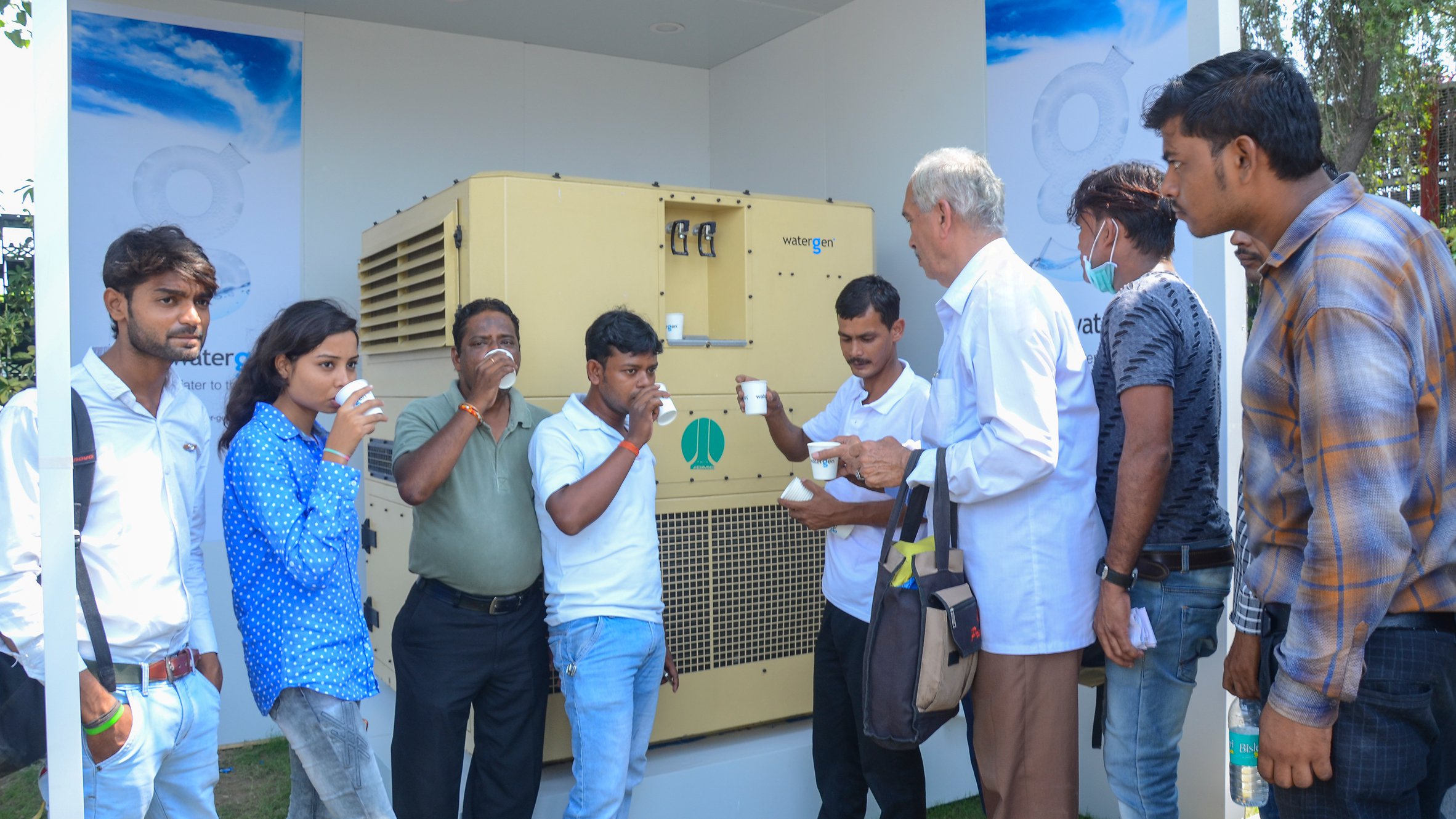 A machine originally designed for the military, which extracts water from the air, is now being used for humanitarian missions to bring safe drinking water to areas struck by natural disaster or poverty.

The Water-gen comapny was founded in 2009 by entrepreneur Arye Kohavi. During his time serving in the Israeli Defence Forces, Kohavi had observed that front-line soldiers would often run out of water when conveys were destroyed, so he designed a device to produce drinking water in conflict zones.

His solution was a machine that utilised air-to-water technology, which he then sold to military buyers. But now the company is collaborating with both military disaster-relief units and NGOs to supply clean water in both emergency situations and places where water is scarce or unsafe to drink. 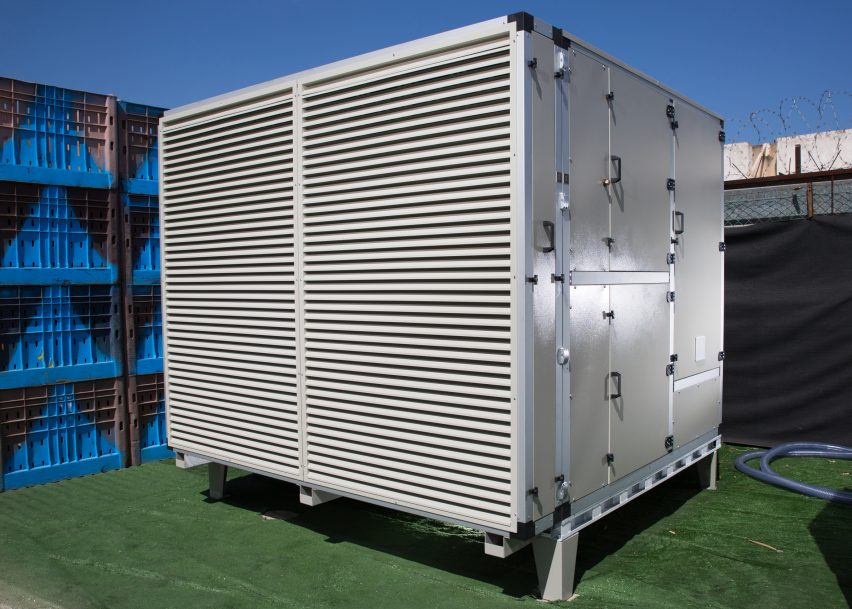 "We are a business company, but our vision is a humanitarian one. In the 21st century, there is no reason for any society to suffer a shortage of water," executive chairman of water-gen Maxim Pasik told Dezeen.

Water-gen's air-to-water technology needs only a supply of electricity to provide safe, clean and cool drinking water. Their units can be operated anywhere with a minimum temperature of seven degrees celsius with a relative humidity of 30 per cent.

The dehumidifying units use heat-exchange technology, passing air over a cooled core, collecting the water that condenses and purifying it.

Its patented atmospheric water generator, called Genius, claims to be the most energy-efficient model of its kind. The Large Scale modules can provide up to 6,000 litres of drinking water – enough to supply hospitals, schools or even an entire village.

These modular units can also be combined to create water generation farms to accommodate changing water needs. Several can be fit into a vehicle-mounted container at a time so they can be transported to the required location.

This year Water-gen assisted in the relief effort in the aftermath of hurricanes Irma and Harvey in the USA, and ran a month-long programme in New Dehli, India, delivering free water to 2,000 people a day. 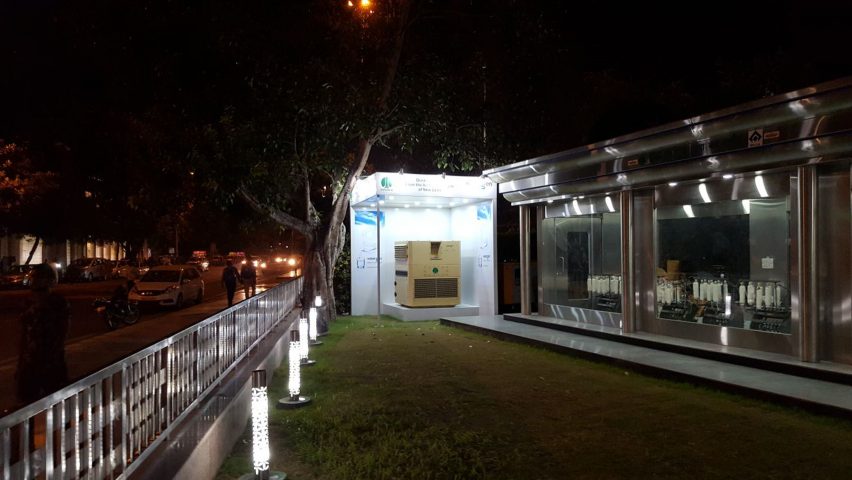 During UN secretary general Antonio Guterres' official trip to Israel this summer, Pasik demonstrated how the air-to-water technology could help meet up to 11 of the 17 UN 2030 Sustainability Development Goals.

"We do not have to wait until 2030," Pasik said at the time. "This solution is immediate. Time is human lives. Water-gen's technology will improve the lives of billions and save the lives of millions around the world."

Kohavi is not the only designer exploring solutions to growing water scarcity.

Dutch company SunGlacier has developed a system called the Desert Twins, which uses solar power to power a twinned device that harvests water from the air.

Italian architect Arturo Vittori has also harnessed the simple science of condensation to address water shortages. His lightweight wooden towers of bamboo and mesh can also harvest rainwater, dew and moisture from fog.