Leaf sensors can tell farmers when crops need to be watered 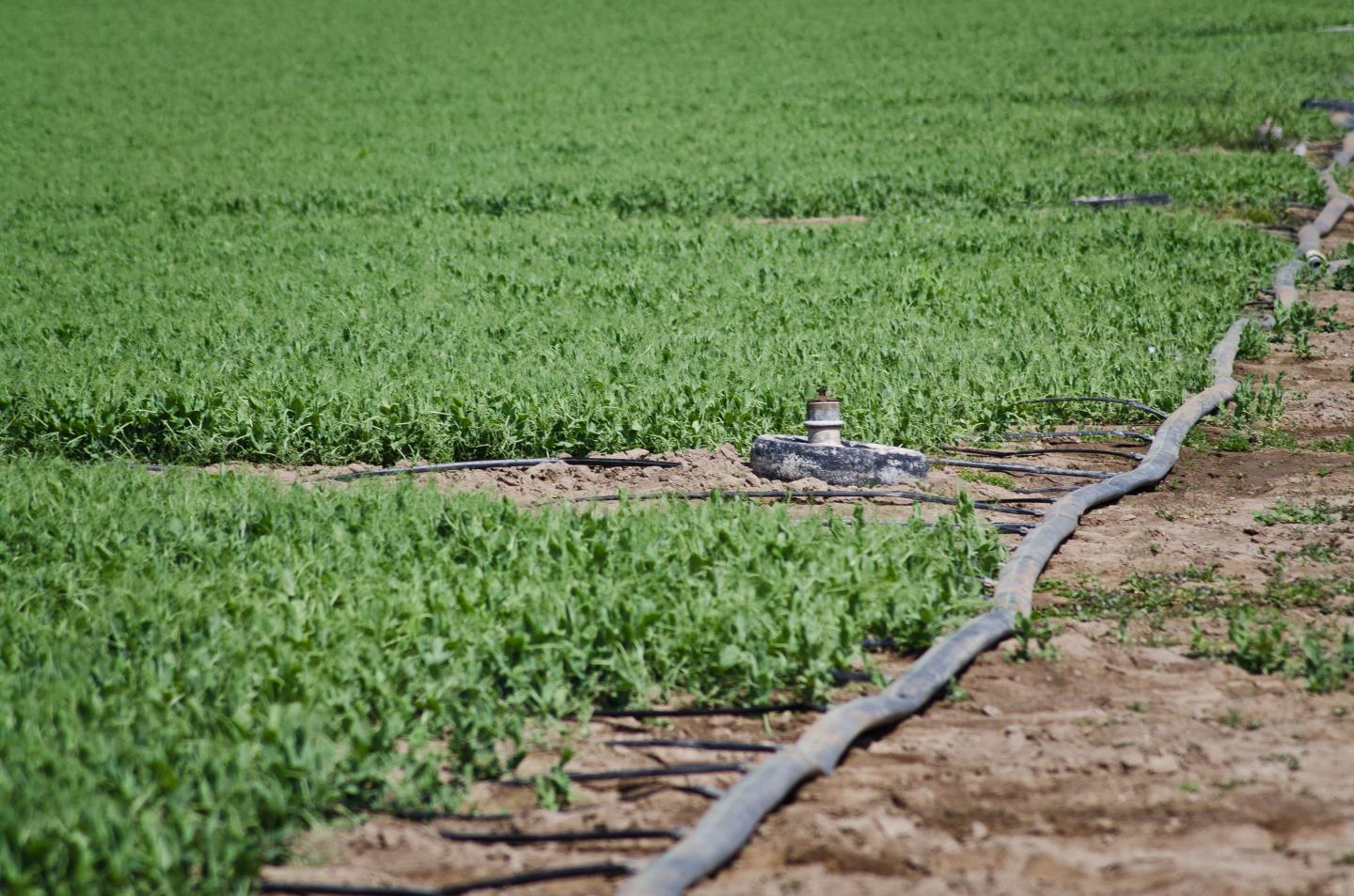 Plant-based sensors that measure the thickness and electrical capacitance of leaves show great promise for telling farmers when to activate their irrigation systems, preventing both water waste and parched plants, according to researchers in Penn State's College of Agricultural Sciences.

Continuously monitoring plant "water stress" is particularly critical in arid regions and traditionally has been done by measuring soil moisture content or developing evapotranspiration models that calculate the sum of ground surface evaporation and plant transpiration. But potential exists to increase water-use efficiency with new technology that more accurately detects when plants need to be watered. 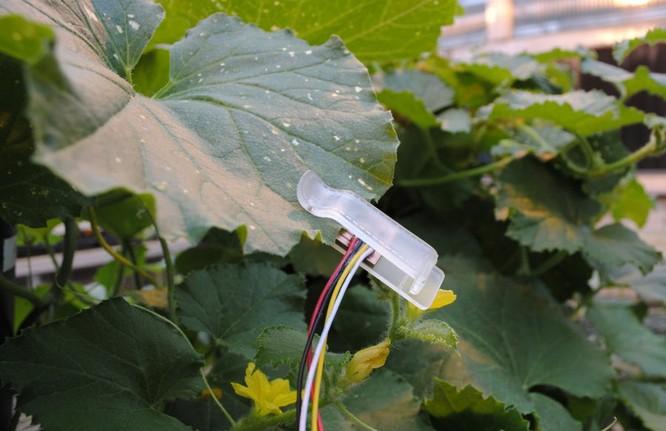 For this study, recently published in  Transactions of the American Society of Agricultural and Biological Engineers , lead researcher Amin Afzal, a doctoral degree candidate in plant science, integrated into a leaf sensor the capability to simultaneously measure leaf thickness and leaf electrical capacitance, which has never been done before.

The work was done on a tomato plant in a growth chamber with a constant temperature and 12-hour on/off photoperiod for 11 days. The growth medium was a peat potting mixture, with water content measured by a soil-moisture sensor. The soil water content was maintained at a relatively high level for the first three days and allowed to dehydrate thereafter, over a period of eight days.

The researchers randomly chose six leaves that were exposed directly to light sources and mounted leaf sensors on them, avoiding the main veins and the edges. They recorded measurements at five-minute intervals.

The study is the latest in a line of research Afzal hopes will end in the development of a system in which leaf clip sensors will send precise information about plant moisture to a central unit in a field, which then communicates in real time with an irrigation system to water the crop. He envisions an arrangement in which the sensors, central unit and irrigation system all will communicate without wires, and the sensors can be powered wirelessly with batteries or solar cells.

"Ultimately, all of the details can be managed by a smart phone app," said Afzal, who studied electronics and computer programming at Isfahan University of Technology in Iran, where he earned a bachelor's degree in agricultural machinery engineering. He is testing his working concept in the field at Penn State.

Two years ago, he led a team that won first place in the College of Agricultural Sciences' Ag Springboard contest, an entrepreneurial business-plan competition, and was awarded $7,500 to help develop the concept.

Growing up in Iran, Afzal knows water availability determines the fate of agriculture. In the last decade, the Zayandeh River in his home city of Isfahani has dried up, and many farmers no longer can plant their usual crops. "Water is a big issue in our country," said Afzal. "That is a big motivation for my research."

"I believe these sensors could improve water-use efficiency considerably," Duiker added. "Water scarcity is already a huge geopolitical issue, with agriculture responsible for about 70 percent of world freshwater use. Improvements in water use efficiency will be essential."

In a follow-up study, Afzal has just finished evaluating leaf sensors on tomato plants in a greenhouse. The results confirmed the outcomes of the just-published study. In his new research, he is developing an algorithm to translate the leaf thickness and capacitance variations to meaningful information about plant water status.

Also participating in the research were Jack Watson, professor of crop and soil science, and Dawn Luthe, professor of plant stress biology.

The U.S. Department of Agriculture's National Institute of Food and Agriculture supported this work.