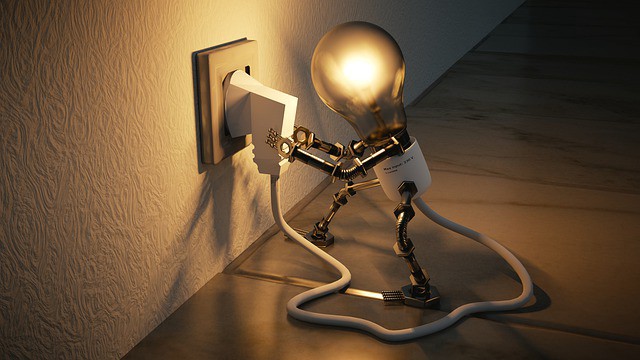 Water is required to produce nearly all forms of energy. At the same time, electricity is needed to provide drinking water and treat wastewater. Recognizing rising water-energy nexus pressures, a range of water utilities around the world are developing innovative solutions to reduce these pressures.

Melbourne Water has hydro-electric power stations operating throughout its supply network, generating renewable energy from the flow and pressure of moving water, with the electricity being fed back into the grid. In addition to the nine existing power stations, five additional mini-hydro plants were commissioned in 2016–2017. The plants were delivered in pre-assembled, self-contained units and provide simple, weather-resistant power delivery solutions that can be brought online quickly. In total, the 14 hydro-electric power stations can generate up to 69,5000-megawatt hours of electricity per year.

By operating these power stations, Melbourne Water prevents over 75,800 tons of carbon dioxide emissions each year, which is equivalent to the emissions of over 14,000 households or taking more than 29,000 cars off the road. Meanwhile, at Melbourne Water’s Western Treatment Plant, which serves 1.6 million people in the central, northern, and western suburbs of Melbourne, sewage is considered more than a waste product, with the utility generating electricity by combusting biogas that is captured under covers that are placed over the sewage treatment lagoons.

The Western Treatment Plant uses biogas to meet nearly all its electricity needs with 71,500-megawatt hours of renewable energy generated each year, which prevents 87,000 tons of carbon dioxide being emitted through the burning of fossil fuels. At times the treatment plant generates excess renewable energy which is exported to the electricity grid to offset usage at the utility’s other sites.

Athens Water Supply and Sewerage Company (EYDAP) has launched an ambitious program of renewable energy utilization with the objective of contributing to the optimization of the energy balance across the country and society and exploring the possibility of expanding to new profitable business. Along the aqueduct system that brings raw water into the Athens area for treatment, there are existing energy dissipation works (small waterfalls along the aqueduct).

EYDAP is in process of converting the energy dissipation works into energy production plants, therefore taking advantage of the aqueducts’ hydropower potential. These energy production plants consist of temporarily redirected water flowing through a turbine that converts the hydraulic energy potential into electricity by use of a generator. The water then re-joins the aqueduct at a lower elevation and continues its flow to the water treatment plant. To date, EYDAP has constructed six small hydropower plants along its aqueducts located in Kirfi (760 kW), Elikona (650 kW), Kartala Kihairona (1,200 kW), Mandra (630 kW), Evinos Dam (820 kW), and Klidi (590 kW).

San Antonio Water System (SAWS) is harnessing methane gas generated during the wastewater treatment process as a renewable energy source. The biogas — which is 60% methane — is a by-product of the anaerobic digestion process from biosolids, with SAWS producing around 140,000 tons of biosolids per annum. SAWS has partnered with Ameresco, Inc., a national energy company that focuses on renewable energy.

Since 2010, Ameresco has processed more than 1.5 million standard cubic feet of biogas a day and delivered a minimum of 900,000 cubic feet of natural gas each day to the nearby commercial pipeline to sell on the open market. Economically, SAWS receive around $200,000 in annual royalties from the sale of the biogas, reducing the costs of SAWS operations and keeping rates affordable, while environmentally the harnessing of biogas instead of flaring reduces 19,739 tonnes of carbon dioxide each year.

Scottish Water Horizons — a commercial subsidiary of Scottish Water — has teamed up with SHARC Energy Systems to establish a joint venture to expand and accelerate the deployment of wastewater heat recovery systems across Scotland. Scottish Water Horizons will provide commercial funding for the projects while SHARC Energy Systems will provide the design, build, and operational expertise for the green energy installations. The Scottish Government is supporting the scheme too by providing 50% capital support through its Low Carbon Infrastructure Transition Programme.

The SHARC heat recovery technology, which took six years of research and development, extracts the natural warmth found within the wastewater network, which sits at around 21 degrees Celsius, by 1. Using a patented system to separate solids and liquids within the wastewater stream via a unique clog-proof mechanical filtration system, 2. Directing the filtered wastewater through a heat exchanger to extract the natural heat, and 3. Using a heat pump to boost the temperature even further (to around 60 degrees Celsius) before transferring the heat for heating of buildings and hot water systems (done under a heat supply agreement). Commercial, private, and public customers who sign up with the innovative heat system do not pay any up-front investment costs. Instead, the customer signs up to a long-term heat supply agreement with all the design, installation, and supply of equipment costs.

In a joint project between Hamburg Wasser and Eisenbahnbauverein Harburg (EBV), around 220 housing units of a residential complex of the housing cooperative in Hastedtstraße were retrofitted to enable heat from wastewater to warm their water and night storage heaters. In this, residual heat from wastewater is captured and an exchanger transfers it to the heating center of the residential district. From there, the heat is transferred to a buffer storage ready for use by the housing units.

During peak times, any additional heat required is generated from a modern gas heater. Meanwhile, in Hamburg’s Stellingen district, Hamburg Wasser makes use of the fact that its groundwater has a constant temperature of around 9 degrees Celsius throughout the year by transferring this natural cold to a cooling system that is connected to the neighboring Arctic Ocean of the Hagenbeck Zoo. This ensures that the polar bears and penguins stay cool in the summer.