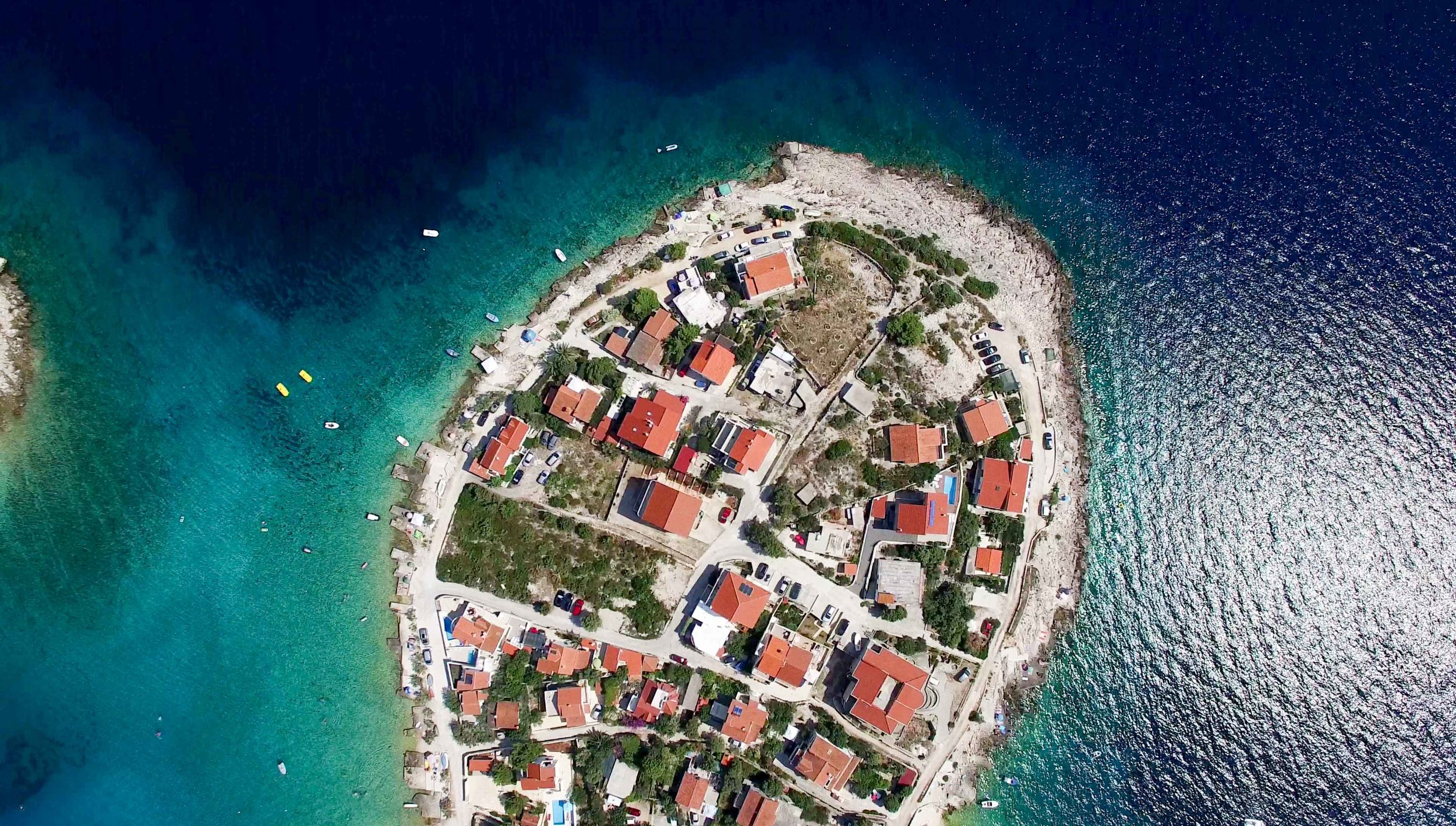 Islands have fascinated scientists for centuries as key hotspots of change. Now, economists are taking a keen interest in their role towards accelerating the circular economy.

This summer, Metabolic will collect data, visualize, map, and analyze all resource flows on the Dutch Wadden Island of Vlieland. With this comprehensive overview, key stakeholders and local residents will work to further close the loops and achieve their self-sufficiency goals. 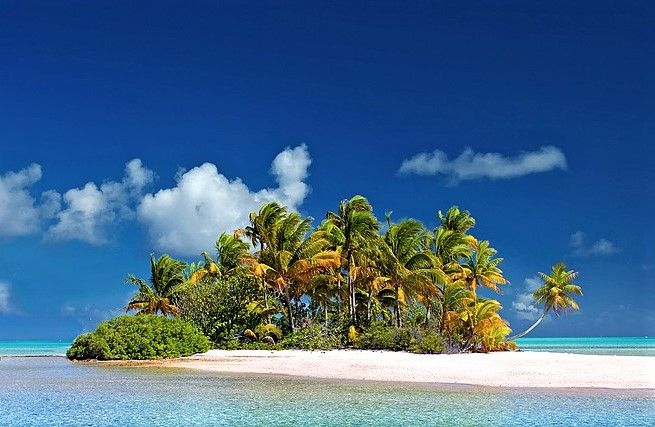 Here I examine how islands are natural living labs and why starting small, on an island scale, could bring about the insights necessary to develop the most promising circular interventions.

When I was in school for earth sciences, one class stood out: island biogeography. The field originated in Darwin’s time to explain how species diversify as they disperse across islands. I was drawn in by the story of Darwin’s finches, perhaps the most famous example of species diversification, where finches on different islands had evolved different beaks to account for differing food availability. To me, it represents in a very clear visual way the uniqueness of island geographies and their ability to catalyze profound changes.

And just as islands are a living laboratory of evolution, they also provide a natural playground for another shift. Islands attract millions of tourists every year, mainly driven by their special location and rich natural and cultural heritage.

Yet, despite their attractive qualities, islands face distinct challenges and vulnerabilities through such issues as resource pressure, limited economic diversity and vulnerability to climate change. It is these issues that demonstrate the urgency of the circular economy and it is the clearly defined boundaries of islands that make islands perfect isolated laboratories to test out how to make it a reality.

CLOSING THE LOOPS ON VLIELAND

Vlieland is the smallest inhabited island of the Dutch Wadden Islands, in the North of the Netherlands and lies farthest from the mainland. Despite only having one town, the island has several highlights and attracted over 200,000 visitors last year.

Currently, virtually all of Vlieland’s products are imported from the mainland. After use, their waste is also transported back to the mainland to be processed. The transport consists primarily of diesel-powered ferries and ships, which carry goods and people back-and-forth from the island.

For all its challenges, Vlieland holds great potential for energy savings and more renewables, likely in the form of increased wind turbines and PV panels. Waste flows also hold great potential. In the short term, waste can be significantly reduced with measures on smart, recyclable or perhaps reusable packaging, and later, examining flows for potential upcycling on the island. Manure and food wastes, for example, could be used locally instead of being shipped back to the mainland.

In partnership with Lab Vlieland and the local municipality, this summer Metabolic will take it a step further by collecting data, visualizing, mapping, and analyzing all the energy, water, and material flows on the island. Thus, this comprehensive “material flow analysis” will also holistically address issues of waste management, imported goods, logistics, transport, mobility, and sustainable tourism.

Working on such impactful circular economy initiatives that can so demonstrably scale-up is a driving motivation for Metabolic, but sometimes the passion is even closer to home. My co-project manager, Gerard Roemers originally comes from the neighboring Dutch Wadden Island of Ameland and is excited by the ways our lessons in Vlieland could be applied elsewhere, including his home island. Summarising the opportunity at Vlieland he said, “By outlining an integrated overview of all these streams, prominent stakeholders, the municipal government, and local residents can intervene at evidence-based priority areas to close the loops on the island, and realize a sustainable and circular economy.”

Success stories are already coming out of islands that have implemented renewable energy and circular thinking. In 2009, the island of Samsø in Denmark reached its renewable energy goal with resident-owned wind turbines. Samsø residents now have a carbon footprint of  negative  12 tonnes per person per year, compared to the Danish average of 6,2 tonnes and the Australian 17 tonnes.

The wind turbines are owned by a combination of private owners, investor groups, municipal government and local cooperatives. Problems related to the “NIMBY”-factor (not-in-my-backyard) were combatted by allowing anyone who could see the turbine from their home to sign on as a co-investor.

This bottom-up approach and community buy-in was crucial in the success of the zero-carbon master plan. In October 2015, Samsø launched the even more ambitious “Full Circle Island” project which aims at making the island the first fully circular place in the world. Again, the natural laboratory setting of an island makes Samsø an ideal playground for testing new ways of working to close the flows of goods, energy, water, food, and capital.

There are also a range of business benefits, such as significant cost savings from the reuse of materials and the reduction of waste for waste processing. Lowered emissions result from fewer waste disposal transits and material goods imports (often by diesel-powered ship). Perhaps most significant is the environmental benefit of reusing what we have instead of disposing of it. Reuse preserves the natural and cultural heritage which could otherwise be threatened by rampant waste disposal.

OUR WORK WITH LIVING LABS

Islands are ideal living labs due to their geographical insularity, however experimentation and innovation can occur on a number of scales. Communities are often bonded over shared environments and strong social ties, which can promote collaboration and more rapid buy-in to new ideas and technology. So it is important to empower them to act on this potential.

The Metabolic Foundation was established to do just this – it has set up a Community FabLab to provide resources, services and programs that make tools, knowledge, and clean technology accessible to the community.

A FabLab (short for fabrication laboratory) typically partners with local organizations and community spaces to provide local residents with the basic resources to develop and express themselves and their community. This is important as communities, like islands, are uniquely positioned accelerate the transition to a circular economy by allowing room for experimentation and a playground for new innovation.

Metabolic Foundation’s Community FabLab is called Brenchie’s Lab and is located in Aruba, an island in the Caribbean. Brenchie’s Lab leads the “Plastic Beach Party”, a recycling collective aiming to create a future with no more plastic on its beaches.

The goal is to create a movement where plastic dependence is reduced in part by creating a financially sustainable model to recycle plastic into locally relevant and reusable products, while also leading beach cleans. This approach works both to clean the existing environment, reduce reliance on the mainland, and involve local residents to make a difference in their own community.

The work in Aruba could become a model for how other islands, and then larger communities, can also tackle plastic waste.

IDEAS THAT CAN TAKE OFF

As the world begins to grasp circular economics, they will also need to grow and protect island economies. So far, circular economy development has primarily focused on centralised and urban supply chains. Starting small, on an island scale, could bring about the insights needed to further research, experiment, and improve the most promising of circular interventions. Islands are unique.

According to the theory of island biogeography, their isolation allows evolutionary processes to occur at different rates. Just like finches tried and tested their many beaks, we can try and test many circular interventions to find what works. Then we can help these ideas and interventions to take off and really fly.