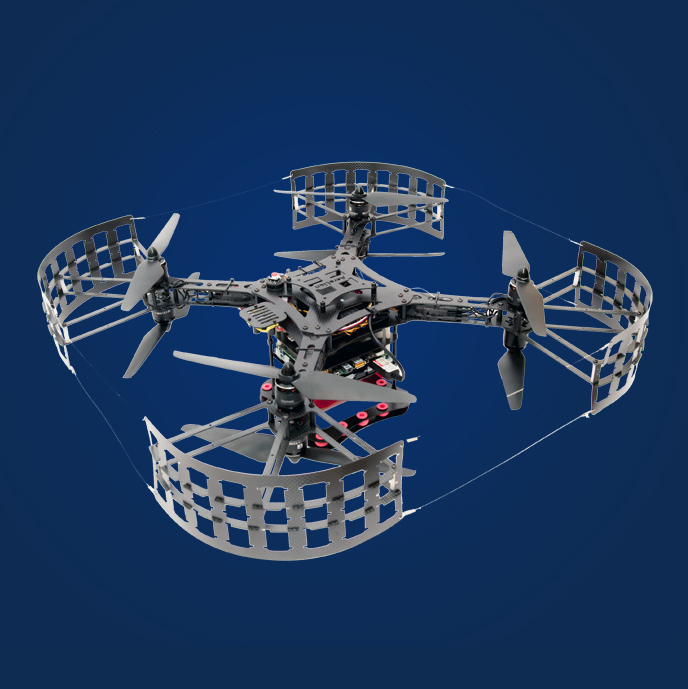 Singapore’s Deep Tunnel Sewerage System (DTSS) is an underground highway for the management of used water and being able to regularly inspect and maintain it is key to preventing disruptions to its operations. However, the depth of the tunnel makes it a challenge for human entry to conduct manual inspections. AeroLion Technologies (ALT) has come up with a solution.

ALT plan to automate a miniature unmanned aerial vehicle (UAV) system to capture high-resolution images of the tunnel’s internal wall. The UAV will be able to fly in and out of the tunnel via manholes and drop shafts and be programmed to avoid contact with flowing used water and its own drag force.

Nonetheless, it will not be an easy task as the UAV will: not be able to rely on a GPS signal; have to operate in complete darkness and high humidity within the tunnel, over long distances; and have to fly in air containing hazardous gases.

ALT has specially designed an aerial platform that will overcome these challenges. Its in-house UAV GPS-less navigation algorithm uses depth cameras instead of pure range sensors or image sensors. These types of cameras are best suited to record both color and distance information for every pixel captured, as the structural similarity of the DTSS interior makes it impossible for range sensors to estimate the forward velocity or position of the UAV, while image sensors are unable to provide depth information with their 2D-images. The UAV’s flight path inside the DTSS will be fully automated so that it can complete its inspection even if it loses communication with ground control. It will also have a ring of depth cameras with active illumination to avoid dead-spots. In addition, the UAV will be equipped with sonar and/or laser rangefinders to detect water and silt levels in the tunnel to overcome its lack of vision-based navigation. After each flight, the image data collected by the UAV will be used to reconstruct an internal map of the tunnel so that potential defects can be identified.

Drones are a safe way to inspect hazardous, hard-to-get-to parts of the sewerage system.

*Robert C. Brears is the author of  Urban Water Security  (Wiley),  The Green Economy and the Water-Energy-Food Nexus  (Palgrave Macmillan), and of the forthcoming  title  Blue and Green Cities  (Palgrave Macmillan). He is Founder of Mitidaption, which consults on climate change risks to business, governance, and society.