8 Designs that Respond to the Threat of Climate Change 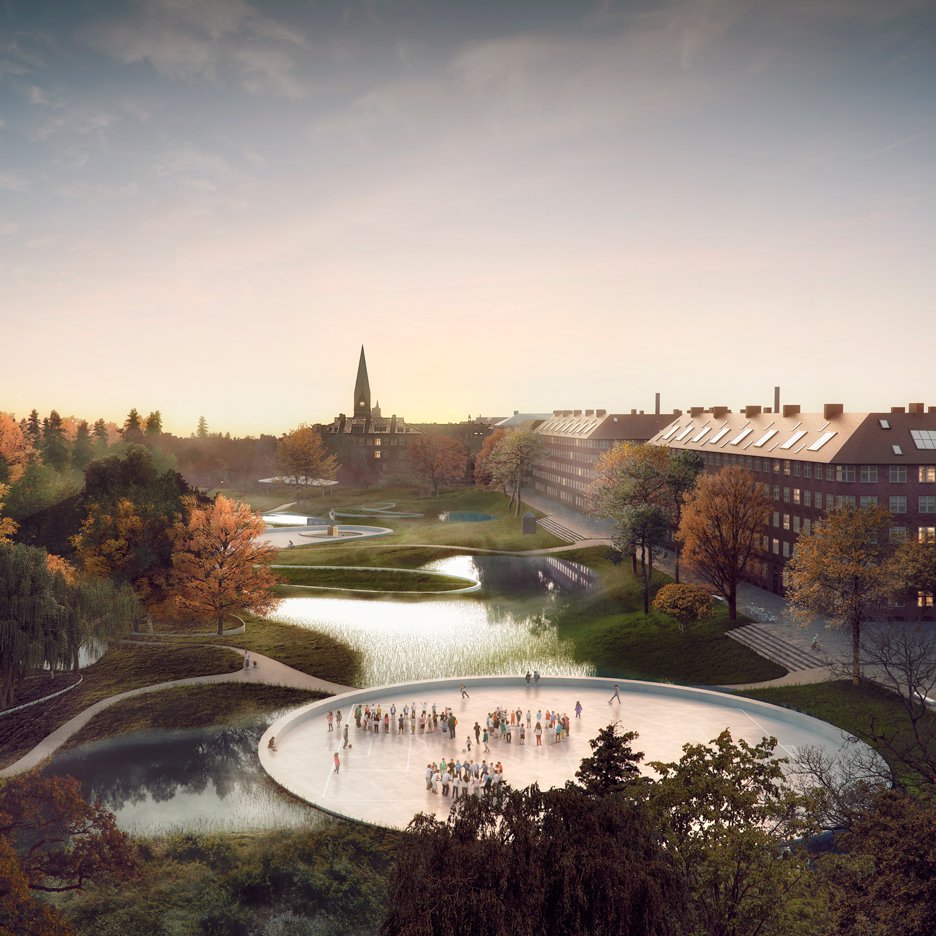 As part of Good Design for a Bad World, a series of talks we are hosting with Dutch Design Week, we will ask whether designers can help to solve climate change. Here are eight ideas already developed.

Taking place in Eindhoven on 21 and 22 October, Good Design for a Bad World will examine five global issues and discuss ways that designers can raise awareness of them, mitigate their side effects and even solve them.

Moderated by Dezeen founder and Dutch Design Week international ambassador Marcus Fairs, the discussion focused on climate change will include speakers Richard van der Lacken, co-founder of What Design Can Do and initiator of the Climate Action Challenge; Lonny van Ryswyk, designer and co-founder of Atelier NL; and Babette Porcelijn, industrial designer and author of the book De Verborgen Impact.

It takes place at the People's Pavilion at KetelHuisplein 1, in the Strijp-S district of Eindhoven, at 12pm on Saturday 21 October.

Ahead of the talk, we've identified eight innovative proposals that designers have already put forward, from a floating house to a colour-changing T-shirt:

The Soul of Nørr by SLA and Ramboll

The increased risk of flooding brought on by climate change prompted this proposal by landscape studio SLA and engineering firm Ramboll, for a Copenhagen neighbourhood.

By developing a network of sunken basins and water-purifying planting, the team hope to show how a city can adapt to the threat of torrential rain.

Find out more about The Soul of Nørr › 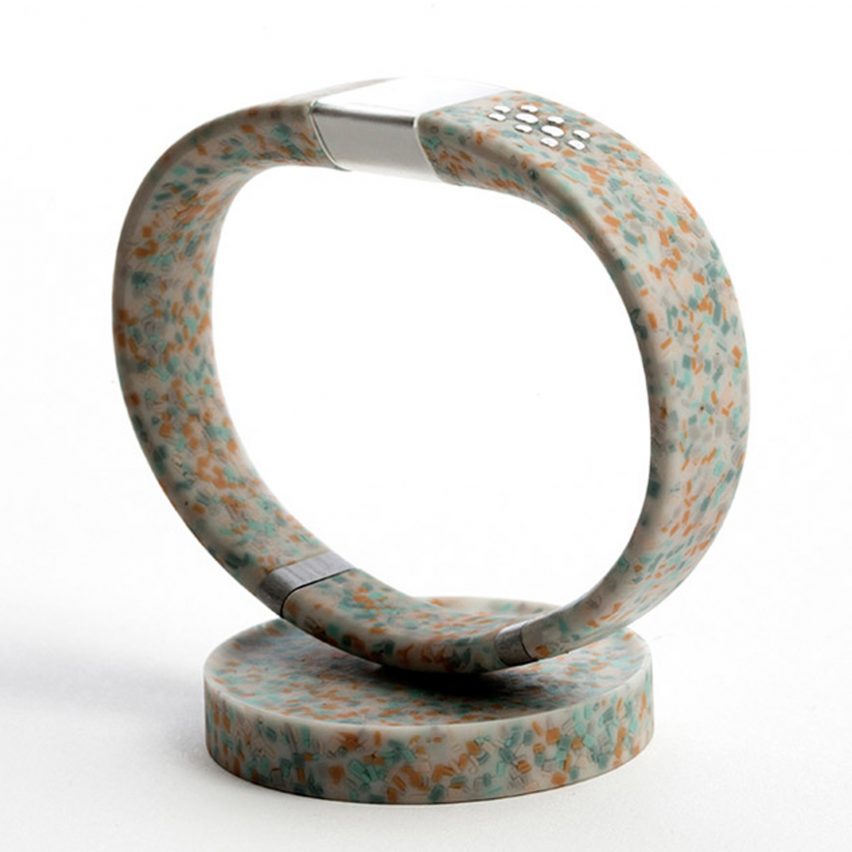 Benjamin Hubert's studio wants people to take control of their carbon footprint with this wearable device, developed in partnership with environmental consultancy the Carbon Trust.

The conceptual wristband would allow the wearer to track everything from food consumption to transport use, and encourage them to make noticeable changes to their lifestyle.

Find out more about WorldBeing › 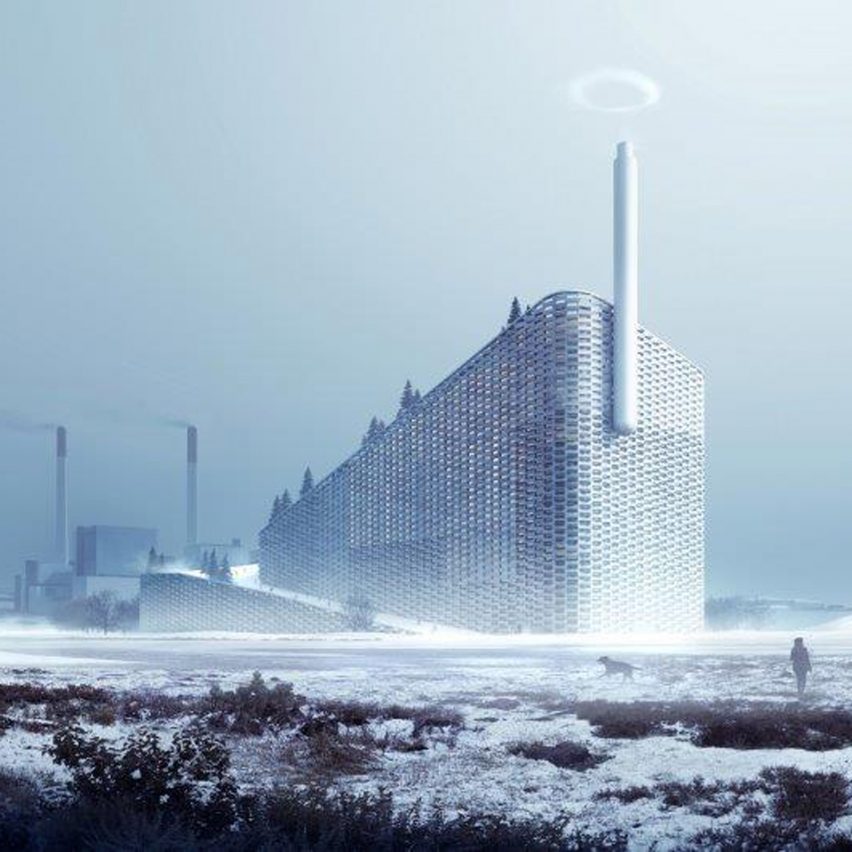 Bjarke Ingels' firm BIG made waves when it unveiled its design for this sustainable power station, which will generate energy by incinerating waste, and also features a rooftop ski slope.

The firm describes the building as "the cleanest power plant in the world", but wasn't satisfied with just that – so using Kickstarter, it raised £22,000 towards a chimney that will blow a ring of steam to celebrate every ton of carbon-dioxide burned.

Find out more about Amager Bakke › 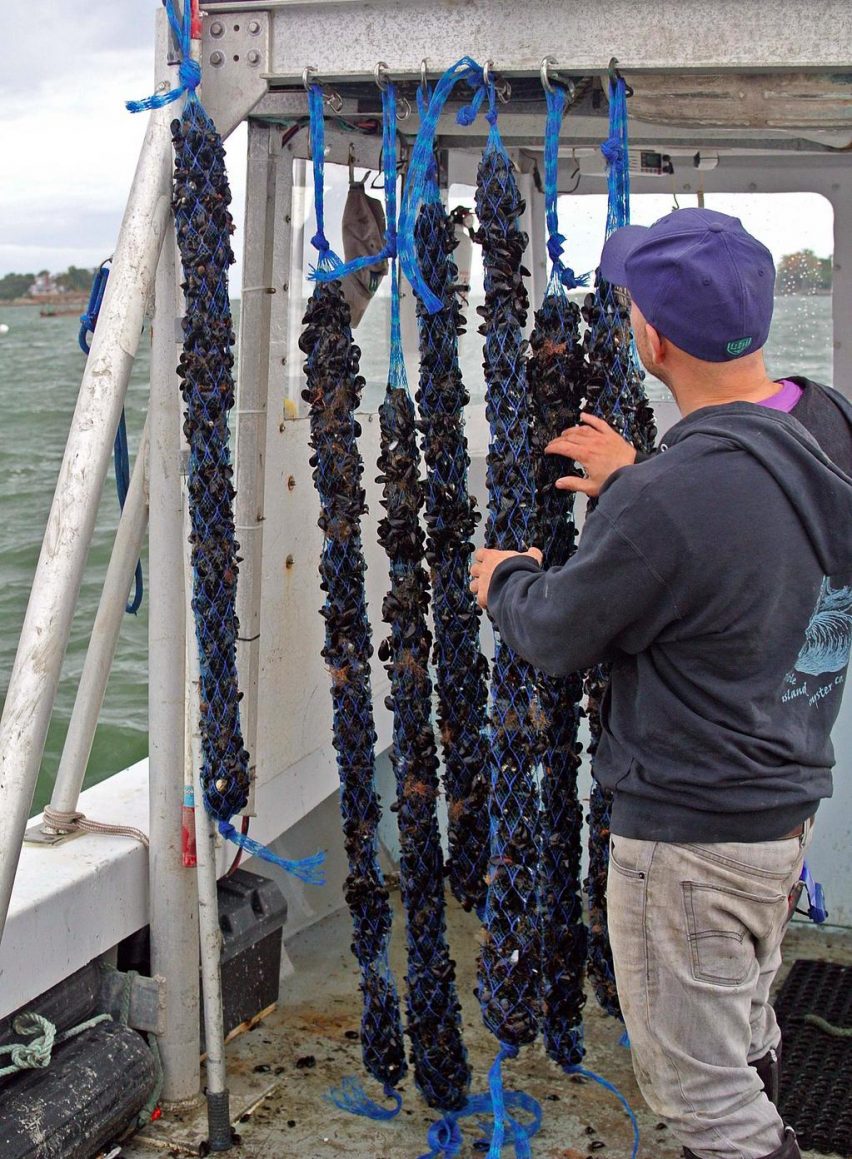 GreenWave is a revolutionary system that offers a sustainable way of farming shellfish and seaweed, using a mix of differently shaped nets that include mussel "socks" and oyster cages.

Lauded at the INDEX awards, the farms are able to restore ocean ecosystems and mitigate climate change, as they "produce high yields with a small footprint". Thimble Island Oyster Co founder Bren Smith, who developed the design, has also made the design open-source, so other fishermen can use it.

Find out more about GreenWave › 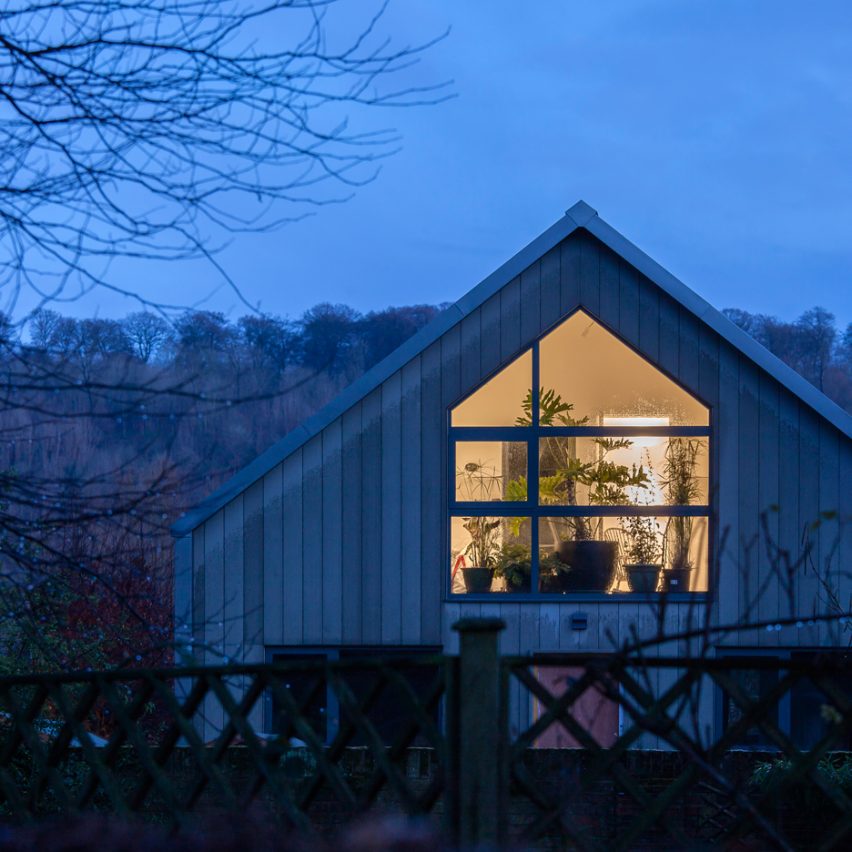 The Amphibious House by Baca Architects

Another project designed to mitigate against the increase in flooding thanks to climate change, this London house keeps itself dry when the adjacent River Thames bursts its banks.

Described by Baca Architects as the UK's "first amphibious house", the rises up from dock-like foundations to avoid up to 2.5-metres of flood water.

Find out more about The Amphibious House › 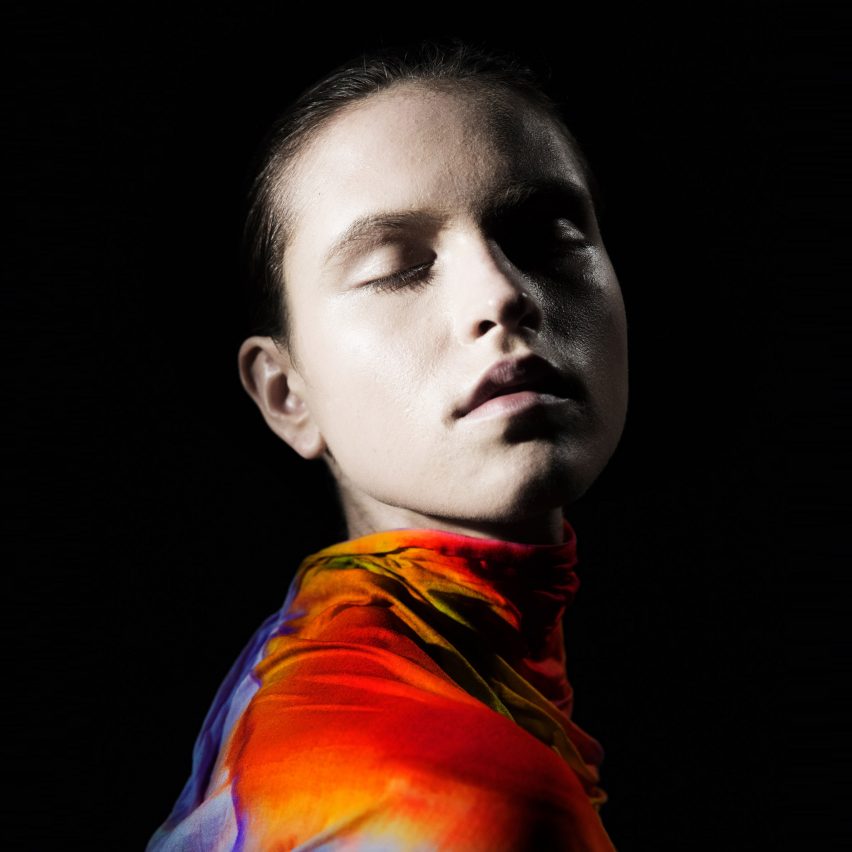 Unseen Explorer T-shirt by The Unseen and The Lost Explorer

This T-shirt was designed by two Dutch studios, to raise awareness about the effect that climate change has on ocean acidification.

Coated in a natural cabbage dye, it changes colour when it comes into contact with polluted water, creating a striking visual effect. 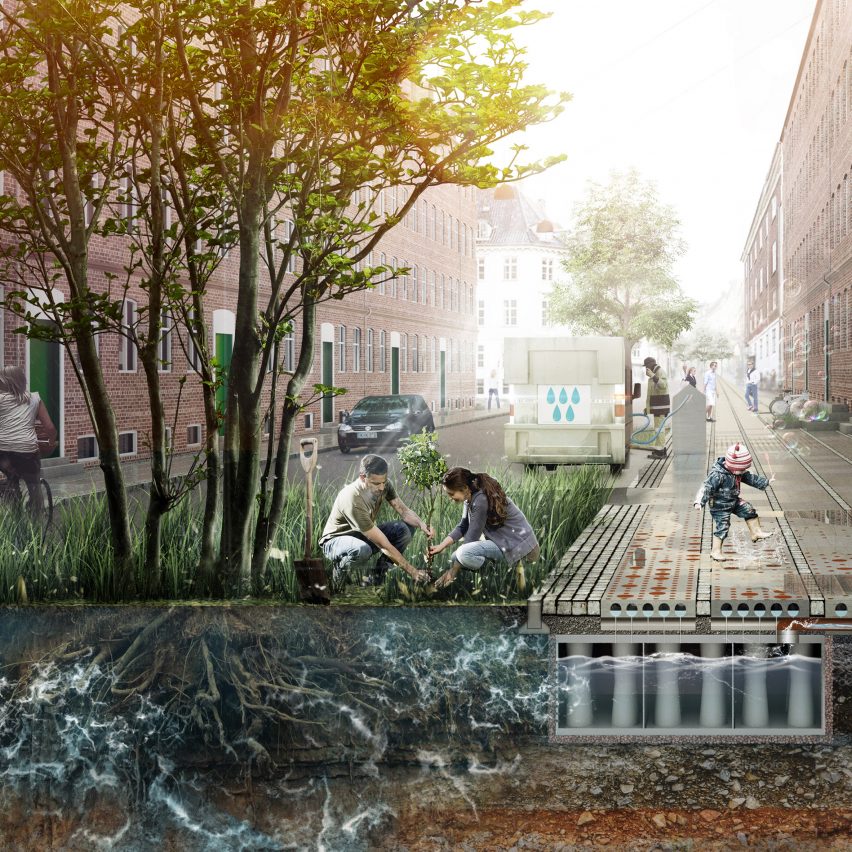 The Climate Tile by Tredje Natur

Danish studio Tredje Natur has developed a system that could protect any city in the world from the threat of increased rainfall from climate change.

The Climate Tile is a modular paving system that is installed alongside holes, tunnels and ridges. This allows rainwater to be funnelled away from sidewalks, and instead diverted to nearby planting areas to provide irrigation.

Find out more about Climate Tile › 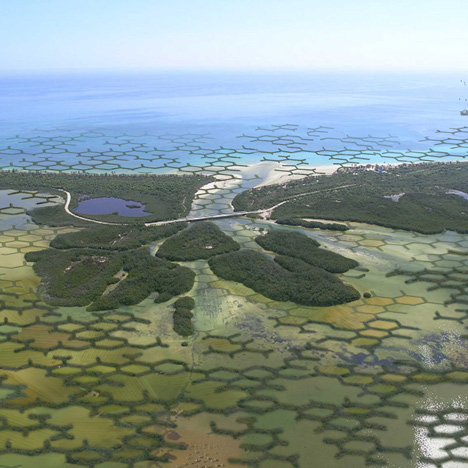 Flooding isn't just a problem for cities. With that in mind, Hungarian design collective Szövetség'39 worked with scientists to develop this modular structure, designed to cultivate mangrove forests and form natural dams in the world's delta regions.

The team hopes it could be used to prevent the loss of agricultural land when water levels rise.

Find out more about CALTROPe ›